The next time I heard from Jeremy was the following morning, he was at the airport in Maine waiting for his next flight on the journey to Afghanistan. We chatted briefly, but he didn’t have much time to talk other than to check in with me.

Three days later, I finally got the call that he had made it safe and was all settled in on base.

I remember driving to school on that third day with no contact, it was the longest we had gone without talking to each other.

When that “unknown” number showed up on my phone, I immediately pulled over and excitedly answered the call. It was such a huge relief to finally hear his voice.

For the remainder of his deployment we had regular contact with each other. He was never able to get his Skype to work very well, but we always had email and sometimes phone calls.

Talking to other military wives who were also going through deployments at the same time, taught me to be very grateful for the communication that I did have.

Every deployment experience is different, and most of that has to due with the service members job.

Jeremy’s job involves being on a base working on aircraft and having computer access. Which means that we were blessed with frequent contact and I was never in fear for his safety.

There was an element of danger, of course. He was in Afghanistan during a time of war.

But compared to many of the other spouses that I knew, who were married to service members that were infantry or had another more dangerous job, my deployment experience was tame.

And that is something that I will always be appreciate. 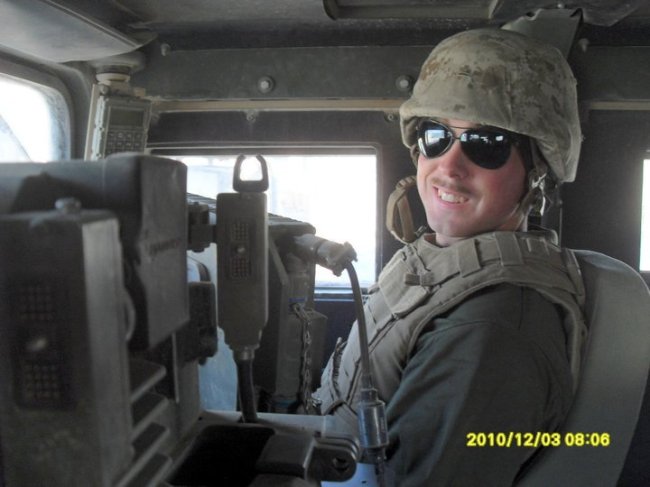