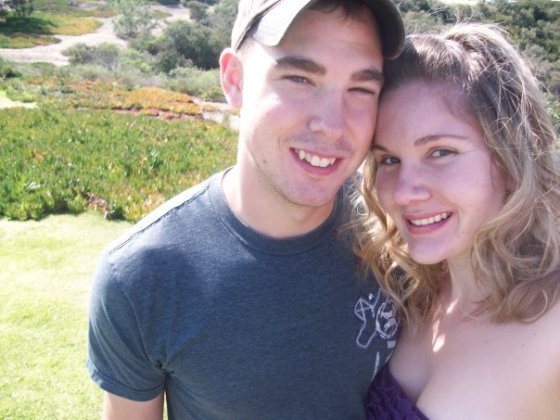 Jeremy came home in February 2010, after being in Florida for 5 months for school. He arrived just in time to celebrate our 1 year wedding anniversary, on February 14, 2010

Getting married on Valentines Day has seemed like a romantic and fun idea at the time. Plus, I knew Jeremy would never forget the date!

But as we approached our anniversary it quickly became obvious that I probably should have thought it through a little bit more.

Everything books up way in advance. Everything is 10x more expensive. And everything is 100x busier. We tried to go out to eat, get a reservation, book a trip…and it was all booked up, super busy or crazy expensive.

So we decided to do something low-key, a picnic at Mt. Soledad, one of my favorite view points in San Diego.

It was still very busy, but there was enough grass for everyone there, including a very awkward couple who looked to be on their second or third date lol

We have since made Mt. Soledad a tradition for our anniversary, instead of trying to deal with all the couples out celebrating Valentine’s Day. It’s become “our place”. 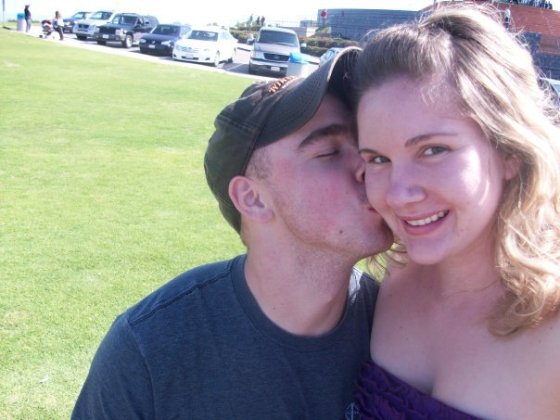